The OFFICIAL Trick Drums Website! Thank you for taking the time to visit us and we look forward to sharing our vision with you.

Innovation, reinvention, quality and speed are only words to most. To Trick, these are facts, no, these are our mantra. Having dreams have led us to achieve more than we could have ever imagined and we continue to set the bar higher and higher.

If you play drums or are planning to in the future, why sell yourself short, if we can achieve greatness so can you! 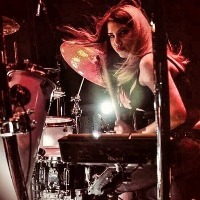 Drumming since the age of 15, Sammi has been all over the world during her career and played with some of the greatest legends in the industry. She is leaving her musical impression on the world as an independent artist and an instructor at the School of Rock in Dallas, TX. 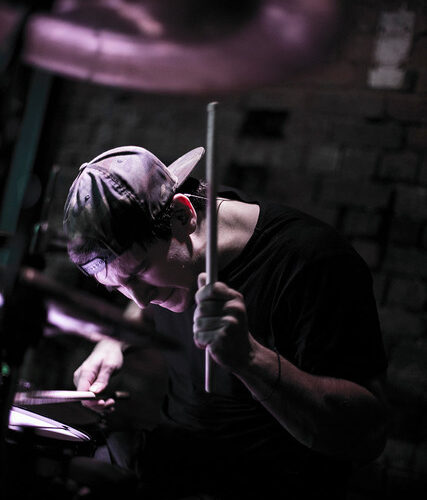 A Night In Texas

Anthony Barone is a well-versed 24-year-old drummer from Long Island, NY with an extensive musical background. Throughout his emerging career he has become familiar with various genres and styles including Rock, Funk, Hardcore, Pop Punk, Jazz, Drum ‘n Bass/Breakbeat, and Latin. In recent years, he has come to specialize in extreme styles of drumming; striving to achieve new levels of speed, precision and endurance behind the kit. He joined the YouTube community when he was just fourteen and is now a verified YouTube Partner with over 3.5 million lifetime views and over 15,000 subscribers.

Anthony had been highly involved with his musical abilities at a rather young age. He began taking lessons at eleven-years-old with long time instructor and mentor, Joe Friedman (ANAUTOPSY, Ultrageist). He assisted him with competing in the 2009 and 2010 NYSSMA (New York State School Music Association) festivals, where he played at both Level 6 and All-State Level 6. Friedman remained a prominent influence in Anthony’s developing music music career, influencing him to apply to the renowned Berklee College of Music. Upon auditioning, Anthony received a partial scholarship and enrolled in 2011. During his Freshman and Sophomore years he continued on to receive private instruction from his professors Tony “Thunder” Smith (Lou Reed, Jan Hammer Group) and Rod Morgenstein (Winger, Dixie Dregs).

In June of 2012, Anthony joined forces with Aegaeon, an Atmospheric Deathcore band from Evansville, Indiana. Shortly thereafter, he made the decision to take a break from his studies to pursue touring full time. In January 2014, his travels expanded to Europe and the United Kingdom where he was featured with Aegaeon on Thy Art Is Murder’s headlining tour, in support of Heart Of A Coward (UK) and Aversions Crown (AUS). After continuing on at Berklee from 2014 to 2015, Anthony teamed up with Technical Deathcore outfit A Night In Texas (AUS) and has since toured Australia, Europe, and Southeast Asia. Their new record “Global Slaughter” was released in December 2017. Barone has now performed almost 200 shows in 20 countries; spanning 4 continents across the globe with bands such as Aegaeon, The Faceless, A Night In Texas and Whitechapel.

During his time off from school, Anthony has been dedicated to working on his craft and all around musicianship. He continues to work with his band A Night In Texas, and various other developing projects. Barone plans to return to Berklee College of Music in the Fall to complete his degree in Music Business/Management. 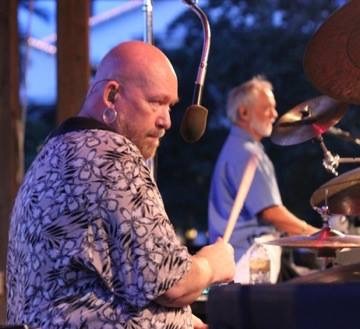 Born in the latter 1950s (yes, I’m old so, this may be a long read), in St. Joseph, MI; the child of coffee drinking parents, I fashioned my first metal drums by the early 1960s, using 1, 2, & 3 pound (pardon the unavoidable pun) coffee cans that were available at that point in history. I calculate that I may have even discovered my affinity for metal drum shells before the venerable Trick drums creator and CEO, Mike Dorfman did. Hopefully, I am not alone in my amusement with this distorted observation.